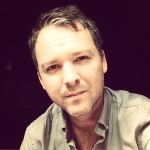 Jonathan Matthew Smucker is the co-founder and director of Beyond the Choir. He has worked for more than two decades in grassroots movements for social, economic and ecological justice, as a grassroots organizer, campaigner, and strategist. He has trained thousands of change agents in campaign strategy, framing and messaging, direct action, and organizing skills. He also researches collective action, identity, and politicization processes as the focus of his doctoral work in the sociology department at UC Berkeley. His writing has appeared in The Nation, New Internationalist, The Huffington Post, Alternet, Waging Nonviolence, Yes Magazine, The Sociological Quarterly, Berkeley Journal of Sociology, and elsewhere.